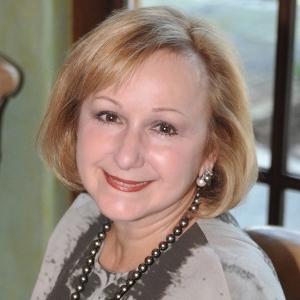 The Honorable Donna D. Fraiche was appointed Honorary Consul Japan at New Orleans in 2008 and a member of the Louisiana Consular Corps serving as Treasurer. Honorary Consul Fraiche is the Founder and President of a consulting firm Fraiche Strategies, LLC having recently retired from the active practice of health law and public policy at Baker Donelson. Mrs. Fraiche serves as a director of three Nasdaq Stock Exchange public company Boards and as a lead independent director of two Boards.

Honorary Consul Fraiche was conferred the Order of the Rising Sun, Gold Rays with Neck Ribbon in recognition of outstanding contributions to promoting exchanges and friendly relations between Japan and the United States. 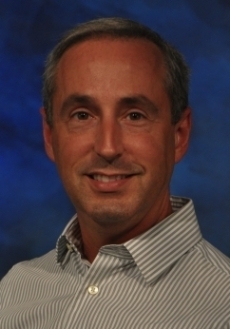 The Consulate-General of Japan in Nashville announces the appointment of David Carpenter as the Honorary Consul of Japan in Lexington. He will hold the position for a five-year renewable term. Mr. Motohiko Kato, Consul-General of Japan in Nashville, presented an official letter of appointment by Foreign Minister Fumio Kishida to Mr. Carpenter on December 10 2014 at the Consulate-General of Japan in Nashville.DAVID CARPENTER is currently the Executive Director of the Japan/America Society of Kentucky (JASK). He worked in Community Relations/PR for Toyota Motor Manufacturing, Kentucky, Inc. from 2000-2011, as Assistant Director of the Kobe Friendship House Community Center and Translator in International PR/Guest Relations for Tokyu Sports Oasis Center in Kobe, Japan from 1999-2000 and was a faculty member at the Nagasaki In-Touch Community Center, also in Japan, from 1995-1999. Mr. Carpenter assumes his post as Honorary Consul in a state that has extensive economic, cultural and social ties to Japan. There are 168 Japanese–owned facilities in Kentucky, which employ more than 40,000 people, and Japan has invested $6.6 billion in the state. In his position, Mr. Carpenter will work to promote and protect the rights and interests of Japanese nationals in Kentucky, encourage Japanese investment in Kentucky and cultivate cross-cultural understanding and appreciation between Japanese and Kentuckians. Currently, there are approximately 4200 Japanese nationals residing in Kentucky. Also notable among these ties are the seven sister-city relationships maintained between cities and towns in Japan and Kentucky. They are Lexington – Shinhidaka, Georgetown – Tahara, Elizabethtown – Koori-machi, Bowling Green – Kawanishi, Morgantown – Nanao, Owensboro – Nisshin, and Berea/Madison County – Hokuto. Kentucky’s relationship to Japan is being further strengthened by the Japan/America Society of Kentucky and other organizations. JASK promotes Japanese-American cross-cultural outreach and understanding through cultural events and networking opportunities. In addition, Japanese language education is offered at several colleges and universities and at the K-12 level in the state. Mr. Waycaster has demonstrated his dedication to strengthening the relationship between the U.S. and Japan by serving as a board member and Vice President of the Japan America Society of Mississippi. He has helped organize various Japanese cultural events and has led and participated in multiple economic development visits to Japan, as well as participated in several Southeast U.S./Japan and U.S. Southeast Association conferences in both the U.S. and Japan.

MARY E. ZUNICK is currently the Cultural Affairs Manager of Visit Hot Springs, a position that she has used to promote art, culture, education, and international understanding for over 12 years. She has taken a special interest in promoting cultural exchanges between the U.S. and Japan and was directly involved in the installation of a Japanese language and culture program in schools in the Hot Springs area, the first in Arkansas. She is also directly involved in the ambitious plan to bring the the first sake brewery to Arkansas. As the director of sister city activities between Hot Springs, Arkansas and Hanamaki, Japan, Ms. Zunick has been instrumental in growing the sister cities program to include a student exchange in which over 200 students to date have participated. The program also coordinates annual delegations to Japan for citizens and teachers. Ms. Zunick’s work with sister cities has been recognized with the Sister Cities International award for Best Overall Program twice, most recently in 2020, as well as with Youth Leadership and Innovation in Economic Development awards. In addition, the program in received the esteemed honor of being one of only four American programs to be presented with an award from Japan’s Ministry of Foreign Affairs in 2014. Governor Asa Hutchinson appointed Ms. Zunick to the Arkansas School for Mathematics, Sciences and the Arts Board of Visitors in 2020. Ms. Zunick is a graduate of the University of the Ozarks in Clarksville, Arkansas. She and her husband, Robert, have four children and two grandchildren.