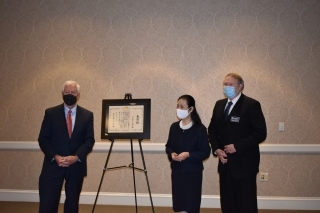 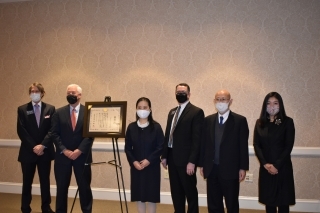 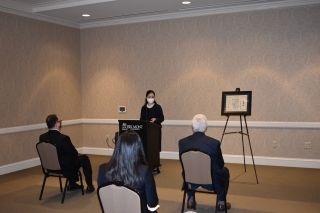 On Wednesday February 10th, Consul-General Fukushima conferred the Foreign Minister’s Commendation on Belmont University at the University on its campus. Consul-General Fukushima praised the tireless efforts of the faculty members and students of the University for their research, conducting exchange activities, and hosting events to promote mutual understanding between Japan and the United States. Dr. Robert Fisher, President of the University, stated that it was an honor to be awarded the commendation, praised the activities of the professors and students, and thanked the Ministry of Foreign Affairs of Japan for their trust, respect and cooperation extended to the activities of the University.