On February 21, Consul-General Kayoko Fukushima hosted a reception in celebration of the birthday of His Majesty the Emperor of Japan. Mr. Butch Eley, COO of the Tennessee Governor’s Office, William Hagerty, former U.S. Ambassador to Japan, Mr. Charlie Hatcher, Commissioner of the Tennessee Department of Agriculture, Mr. Allen Borden, TNECD Deputy Commissioner of Business, Community and Rural Development, and distinguished guests from our five-state area (Arkansas, Kentucky, Louisiana, Mississippi, and Tennessee) joined us for the reception held in Franklin, Tennessee.

Following the playing of the Japanese and U.S. national anthems and opening remarks by Consul-General Fukushima, Mr. Butch Eley made remarks on behalf of Governor Bill Lee which focused on the strong economic ties between Japan and Tennessee. Commissioner Charlie Hatcher then offered a toast to further enhancement of the strong partnership between the United States and Japan.

After the ceremony, guests enjoyed Japanese sake and sushi, as well as local cuisine. The reception featured display booths from a variety of Japanese companies introducing their business activities in this region. Additional booths highlighted the upcoming 2020 Tokyo Olympic and Paralympic Games, as well as “Cool Japan.” This year, guests were able to enjoy displays of two vehicles, the Nissan SENTRA and the Toyota COROLLA, at the entrance to the reception. Both companies have plants in our five-state area. 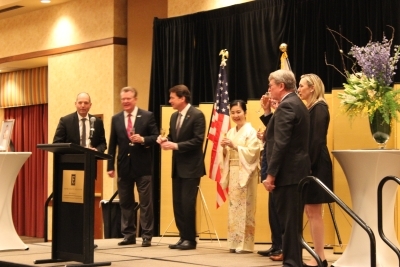 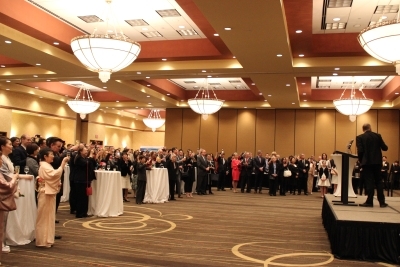 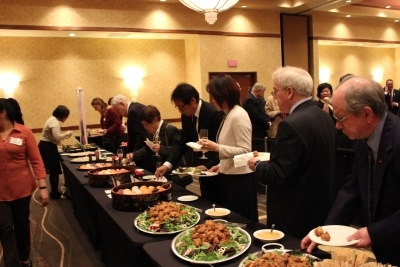