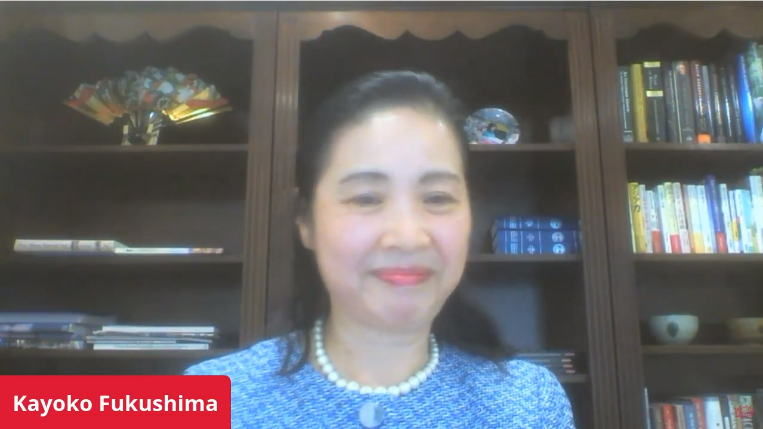 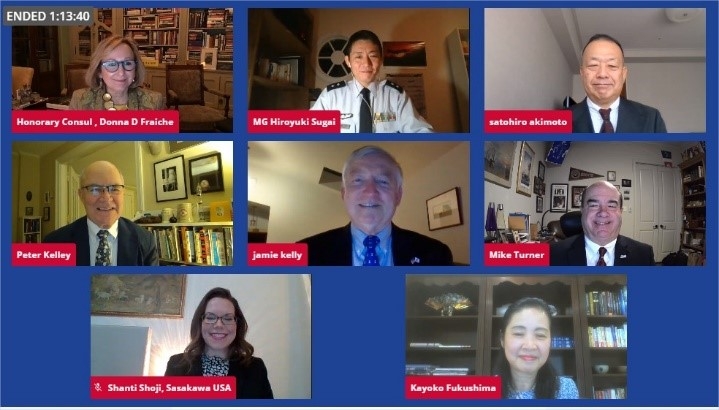 The Japan-US Military Program (JUMP) connects past and present service members, families, and government civilians who have served in Japan.  JUMP is a collaborative effort among Sasakawa Peace Foundation USA, the National Association of Japan-America Societies, and the Embassy of Japan in the United State. This online event was hosted by the Japan Society of New Orleans, in cooperation with Consulate-General of Japan in Nashville.

CG Fukushima stated that, as this year marks the sixtieth anniversary of the Japan-US Security Treaty, both countries cooperate closely to maintain and promote the “Free and Open Indo-Pacific”, and the Japan-U.S. alliance is at its strongest.

Consul General Fukushima expressed her appreciation for the contribution of past and present U.S. servicemen and women to bilateral friendship, and is glad that the JUMP offers an important network among these servicemen and women with such special connections to Japan.