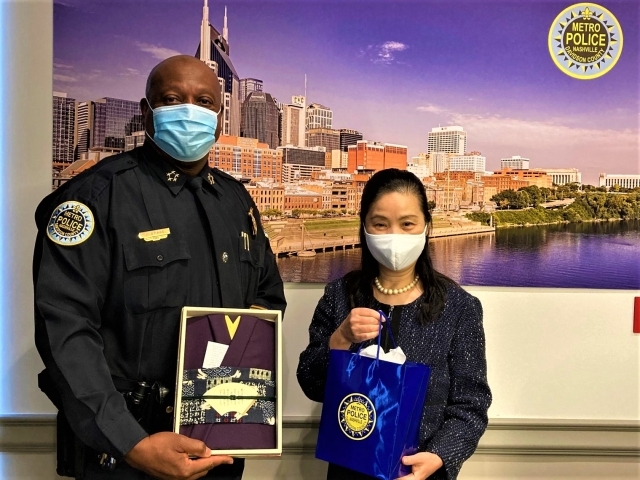 On January 11th, Consul-General Fukushima visited Police Chief John Drake and expressed her congratulations on his appointment as police chief this past November. She also thanked him and requested his continuing support to ensure safety of Japanese citizens living in the Nashville area as well as for Japanese companies operating in the region. Police Chief John Drake welcomed Consul-General Fukushima and expressed his intention to contribute to the community, including the Japanese community in Nashville, through further efforts to fight and prevent crime.